Brownlow, 9th Earl of Exeter (1725-1793), travelled to Italy twice, taking the Grand Tour in 1763 and 1768.  These snuff boxes are typical of the souvenirs that were collected by the wealthy Grand Tourist.

The black and white box is formed of pieces of volcanic lava from Ischia, near Naples. Inside it were three small pieces of rock and a label identifying them, ‘Three Pieces of Pompey’s Pillar – A present from Capt. Bell of Lincolnshire, January 20th 1797 – He received them from Major Budgard, who had them from the Captain of the Ship, who received them from the Sailors who drank a bowl of Punch on the top of the Pillar’.

The second box has gold mounts and is made of lapis lazuli, a rare and expensive mineral that is generally found in Afghanistan, but is also mined in small amounts in Italy. Its deep blue colour has made it precious since ancient times.  When ground to a powder, it is used to create the pigment ultramarine, a colour prized by Italian Renaissance artists. 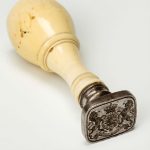 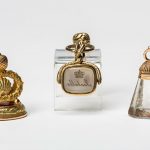 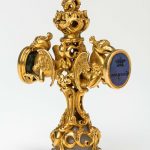 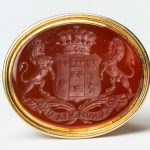 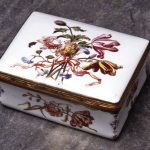 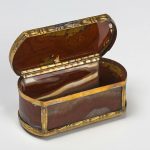 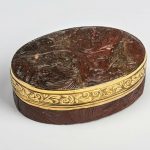 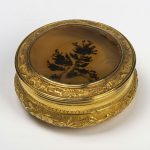 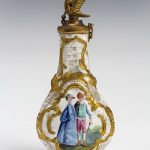 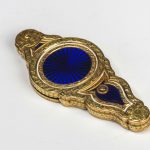 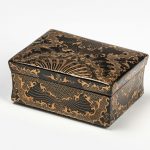 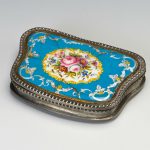