In Japan, this type of container is called either a ‘tea box’ (for holding tea utensils), or an ‘incense utensil box’ (for storing an incense burner or a tiered incense container), and it would originally have been made for the domestic market. The box is decorated overall with trailing clematis vines using various techniques, including gold flat makie and thinly raised makie. The pear skin ground would originally have appeared gold, but this effect has been damaged by exposure to ultra violet light, exposing the silver powder underneath. 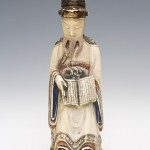 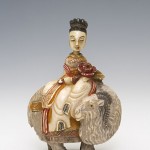 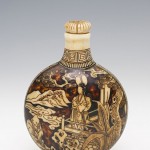 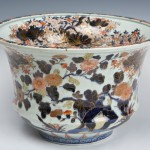 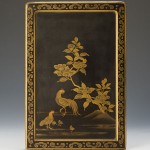 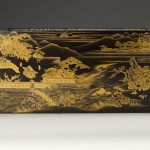 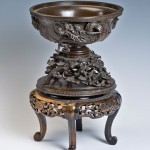 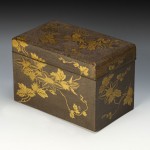 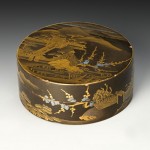 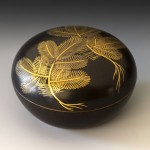 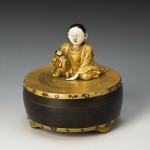 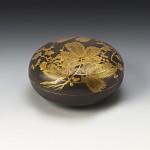 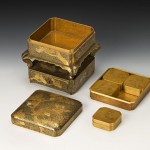 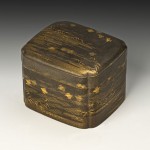 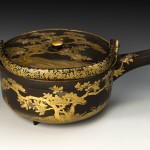 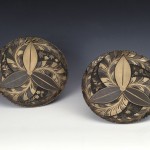 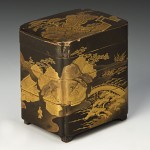 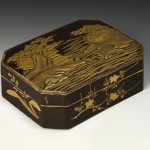 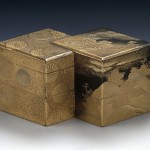 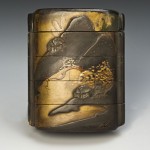 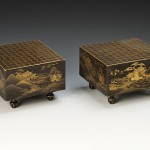 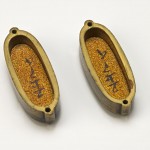 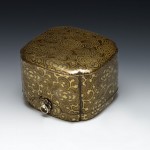 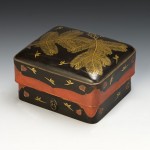