Venus sleeps beneath a tree within a landscape, as Adonis, with hound, looks on and cupids frolic. The tapestry, which has been cut to allow for a door, carries the weaver’s mark: John Vanderbanc fecit in Gt. Queen Street, 10ft 9in high x 14ft 6in wide.

Marillier in English Tapestries of the 18th Century, pp.116-118 notes ‘The finest examples are two large panels of the first two subjects at Burghley House’ and illustrates the two cartoons after Albani, plate 44. John Vanderbank was established in Great Queen Street in 1689 when he took over the arrasworkers rooms there from Thomas Axton. 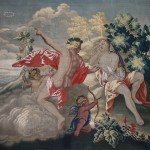 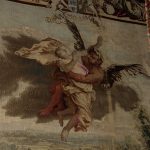 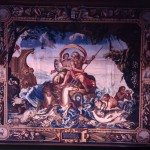 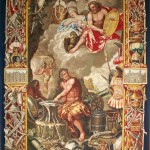 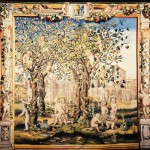 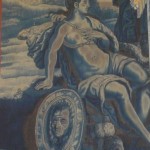 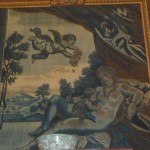 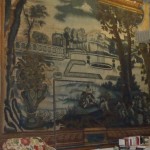 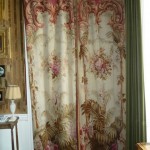 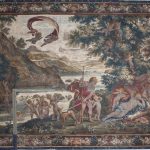 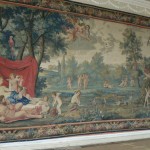 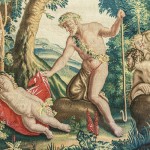