The goblet, which is 17.6cm in height, is of European form. The inverted bell-shaped bowl is painted in the Kakiemon palette with three clumps of stylised flowers, including poppy, peony and camelia and the hollow cylindrical stem is decorated with two flowerheads and supported on a small domed foot painted with a band of karakusa scroll. Throughout its tenure on Deshima Island, the Dutch East India Company submitted to the Arita potters shapes which would prove marketable in Europe. It would appear that the turned wooden prototype for this piece had lost the outer section of the foot in transit, so that the unwitting potter made the unstable looking goblet shown here. 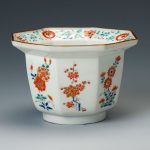 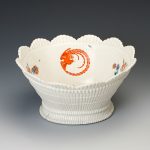 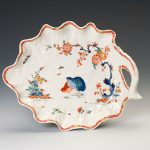 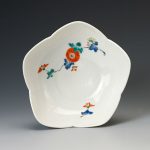 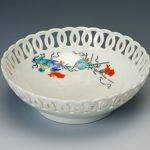 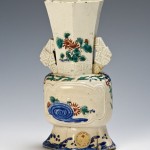 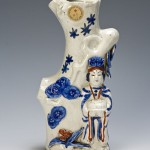 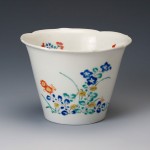 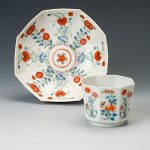 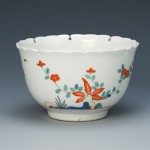 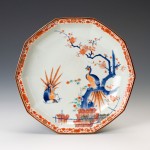 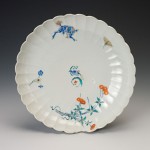 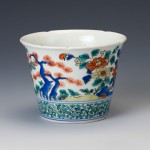 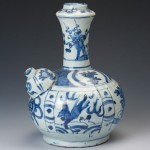 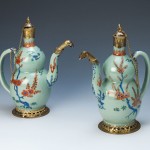 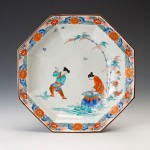 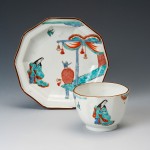 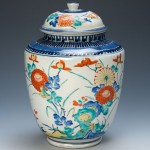 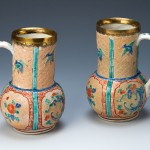 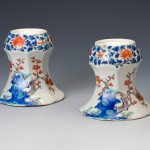 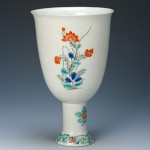 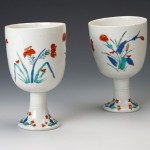 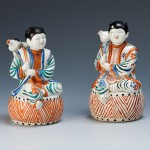 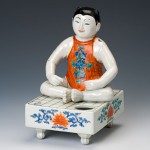