The blue dish is decorated in white slip with a nine-pointed flowerhead and set within a Charles II silver-gilt mount, chased with putto amongst trailing vines on a matted ground. The flat dish carries a pseudo Chinese seal mark and is set on a silver-gilt spreading foot; the mounts with a maker’s mark IV, circa 1660, the overall diameter 24cm.
The 1690 Devonshire Schedule, or Deed of Gift, an enormous bequest from Elizabeth, Countess of Devonshire to her daughter, Anne, Countess of Exeter, lists: “Silver and Guilt things and Steele…..A China salver with a Guilt border of Silver chased and a Guilt ffoot.” 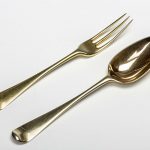 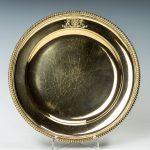 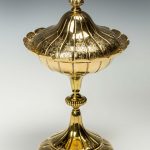 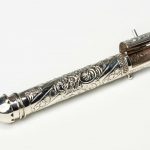 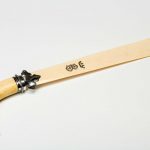 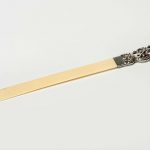 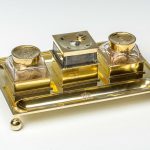 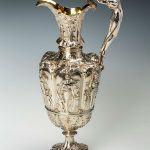 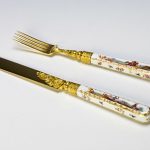 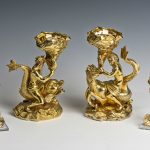 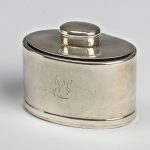 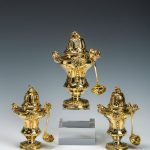 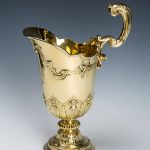 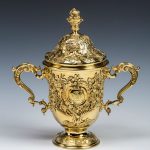