The pot, with gilt-metal mounts and handles, is 21cm. overall.
The Transitional period encompassed the end of the Ming Dynasty and the beginning of the Qing. The official date for this was 1644, although in effect, the period of transition lasted from about 1620 to 1683, as Ming and Qing factions struggled for dominance. Output at the Imperial kilns at Jingdezhen was seriously affected; new customers were sought and new styles of porcelain developped in the extended period separating the Imperial production of the Ming and Qing Dynasties. 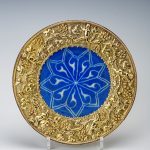 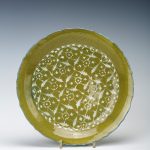 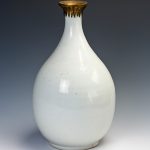 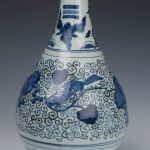 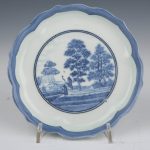 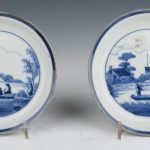 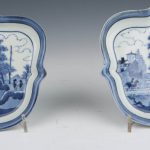 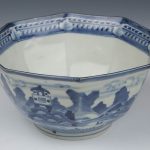 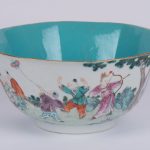 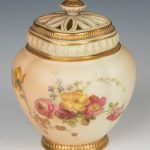 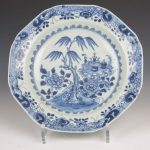 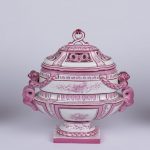 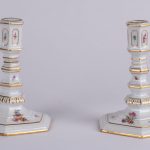 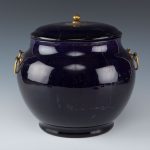 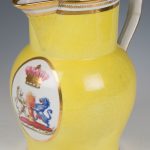 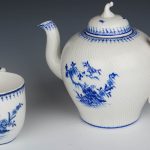 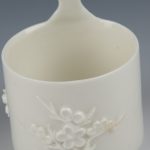 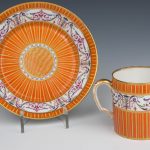 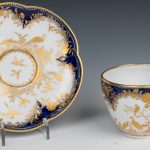 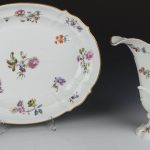