Worked entirely in satin stitch, with portrait vignettes of helmeted classical figures which may represent Charles II and his wife, Catherine of Braganza. The side panels certainly appear to represent Charles I and his wife, Henrietta Maria and, if the date is correct, it is possible that the work was conceived as a celebration of the restoration of the monarchy in 1660. However, it has been suggested that the helmeted figures may represent William III and Queen Mary who became joint monarchs after the Glorious Revolution of 1688-9, when her Catholic father James II was deposed and exiled, although that would put the date of the mirror in question.
Heraldic beasts, roundels enclosing putti and traditional motifs of birds, insects, and blooms surround the figures; all set within a in an olive wood, laburnum and walnut frame, 84cm by 59cm. 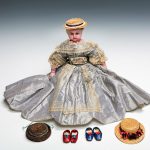 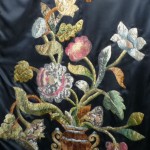 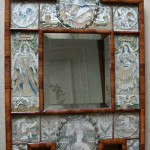 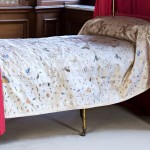 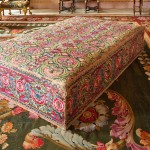 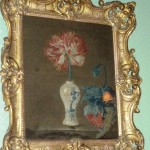 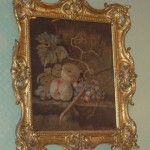 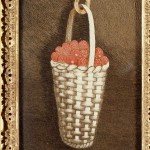 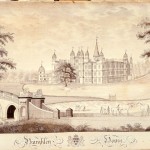